In the French Quarter, next door to Marshalls. Across from Starbucks. 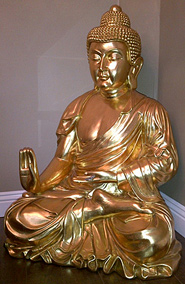 All sessions are private and confidential.

Past Life Regression is also known as time travel.  It reveals problems in your life.  It involves reversing your birthdays as well as body cleansing both inside and outside of your body.

The deepest roots of conditioning and emotional repression actually come from past lives.  The most intense emotional scars which have been formed throughout life on earth actually travel with you from one incarnation to the next and from the early roots of ego structure in the next life.  As we have spent so many lives on earth, experiencing so much pain and suffering it has come to a point where our ego structures are very rigid and they enclose us within a framework of negative mental and emotional conditioning.  True freedom from our past can only be achieved when all of these emotional scars are found and cleared.

As a 2 year old boy learns to talk, he reveals things he couldn't possibly know, things from his past life as a fighter pilot!

"Six decades ago, a 21-year-old Navy fighter pilot on a mission over the Pacific was shot down by Japanese artillery. His name might have been forgotten, were it not for 6-year-old James Leininger.

Quite a few people — including those who knew the fighter pilot — think James is the pilot, reincarnated."